Step up your visibility with a video campaign!
The team at Dramedy Media will get you seen! 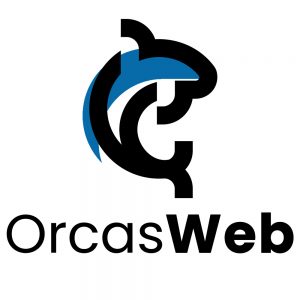 Its all about the San Juan Islands 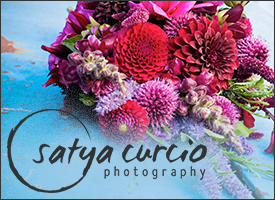 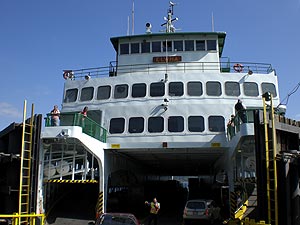 During the last ice age, 12,000 years ago, glaciers heading south gouged out many of today’s north south running bays in the San Juan Islands, including Deer Harbor. As the ice sheet retreated it left behind boulders, debris and this beautiful harbor on Orcas Island facing the Wasp Island group with the backdrop of the snow capped Olympic Mountains. With the departure of the glaciers came the first inhabitants from Asia over the land bridge and down through Alaska and Canada.

When the first Europeans arrived on Orcas Island, in Deer Harbor they found a Lummi Indian encampment along the slough which connects shallow inner basin with the main harbor. Their split cedar long houses measured 100’ by 20’. Each housed three generations of a tribal clan.

These peace loving Lummi spent their time fishing, hunting and gathering plants, which they preserved by roasting or drying for winter use. Rows of dugout cedar canoes were drawn up on the shore in front of the long houses. The usually life was periodically disrupted by raids from rival northern tribes in search of slaves, wives and food. They made their way down from Canada through the San Juan Islands in seagoing cedar canoes 50’ in length with 8000 pound carrying capacity.

Pole Pass on the south east end of Orcas Island, gained it’s name from practice of the local tribe of stringing up a net made of kelp and cedar bark on poles across the pass. The net snared low flying ducks to add to their food supply. Steep Point, now renamed Spring Point, is the southwest opening to Deer Harbor. Faun Island, located in Deer Harbor was for years the home of two brothers involved in commercial fishing, and the island itself was known as Fisherman Island for years.

Early exploration of the San Juan Islands took place in 1792 by the Spanish and the 1840s by both the Americans and British. The first White settlers arrived in 1852, many of whom had traveled through the area on their way to the gold rush in the Fraser River Valley near Vancouver, British Columbia.

A group of four Hudson Bay Company hunters, Louis Cayou, Jim Bradshaw, William Moore and Ed Guard, arrived in Deer Harbor one autumn to hunt deer for the winter meat supply. They camped on the Deer Harbor spit where the bridge now crosses the slough. Between 60 to 70 deer were killed during each hunt. The meat was taken back to the post in Victoria in large canoes. They remained on Orcas Island, establishing a small encampment on the inner bay in Deer Harbor where there was plenty of fresh water and grass for grazing animals.

In 1858 the name Deer Harbor first officially appeared on British Admiralty charts of the San Juan Islands. By the 1880s,  a small community had formed in Deer Harbor, with regular mail service, a school was started, and the first government installed navigational light appeared at Pole Pass. A kerosene lantern was lit and hung on a post each night.

The following decade, Orcas Island and  Deer Harbor saw great changes. Deer Harbor’s first schoolhouse was built in 1891 and the first post office, built in 1893 is still in use today as a store and deli. The Deer Harbor area had become homesteaded. Orchards were established, fields of peas came into production, and jobs developed in fishing and cord wood production. Large quantities of wood were required for the lime works and the steam engines of the early vessels serving the area from the mainland.

A number of boats and ships served Deer Harbor in the early years. The Evangel ran the mail to the San Juan Islands in 1883. Later the Libby , Rosalie, The Islander and Yankee Doodle served the area with mail, freight and passenger service. The Buckeye, which was built in Cascade Bay on Orcas and was a Deer Harbor favorite, made frequent runs up the slough to pick up loads of locally grown peas, rhubarb and grain. Across the slough on the west side of Deer Harbor Henry Cayou, son of Louis, established a very prosperous salmon cannery. He had a reputation as the best fisherman and fish trap designer in Washington State.

During the early 1900s the Deer Harbor community developed from it’s homestead settlement roots. A new two room school house was built in 1905 and is still in use as the Deer Harbor Community Club. This school building housed 75 students, grades 1 through 8 from Crane, Double and McConnell Islands as well as Deer Harbor itself. That same year the Deer Harbor Literary Club was formed. Debates, plays, box socials, church services and community Christmas parties were held by this and other groups at the new schoolhouse.

In 1907 the Pearmain brothers built Deer Harbor’s first dance hall on the east side of the slough. The new dance hall served as the home court for the first basketball team on Orcas Island. The Deer Harbor team played under kerosene lamp lights which were protected by chicken wire. The Norton family managed a small orchard from which they made a modest living. In 1910 they began boarding a small group of teachers from Seattle. This evolved into the establishing of the first resort on Orcas Island continuing in operation today as the Deer Harbor Inn.  Five years later the Nortons built the second dance hall down the road toward the post office and main harbor. The original Deer Harbor dance hall currently is a private residence.

With the arrival of prohibition in 1919 a new form of commerce flowed through the San Juan Islands. Fast boats making runs between Canadian waters and Seattle traveled through the San Juan Islands with revenue agents on their trail. The Pole Pass area was a particular favorite of the rum runners. It offered numerous small coves for eluding the revenue agents. A greenhouse was built just east of Pole Pass for rhubarb production. It was later discovered that the shelves were hallow for bottle storage and it had a “basement” containing a working still. It was closed down when agents noted an unusually high interest in the rhubarb trade.

Further up the Pole Pass road toward the Deer Harbor post office Ruth Brown established her Four Winds Westward Ho Camp for girls and later for boys. The camp continues in operation today. A coastal defense observation post was built behind Norton’s Inn in 1941 to help with the war effort. The Deer Harbor community made sure it was manned 24 hours a day and the Nortons made sure the observers always had coffee.